Prince Marketing Group negotiated a licensing deal with ENTERBAY for their NBA Legend series that will feature a Scottie Pippen 1/6 Scale collectible figurine. Each figurine comes with two head sculpts of Scottie Pippen with authentic likeness. The head sculpts are hand-painted with newly developed “multi layer” paint application. ENTERBAY developed Scottie Pippen’s body with 30 points of articulations, the height is according to Pippen’s actual height along with nine pieces of newly developed Scottie Pippen signature interchangeable hands (including a pair with magnets inside). For good measure, they come with a 1/6 scale Spalding basketball with a magnet inside. Established in 2005,ENTERBAY International Limited is a Hong Kong based company that has since emerged as one of the leading figurine companies. Headquartered in China, they have also setup offices and an official ENTERBAY store in Hong Kong and Japan. ENTERBAY has a team of extraordinarily talented craftsmen, engineers, and technicians from the Far East Asia and Europe best known for developing cutting edge and high quality products. 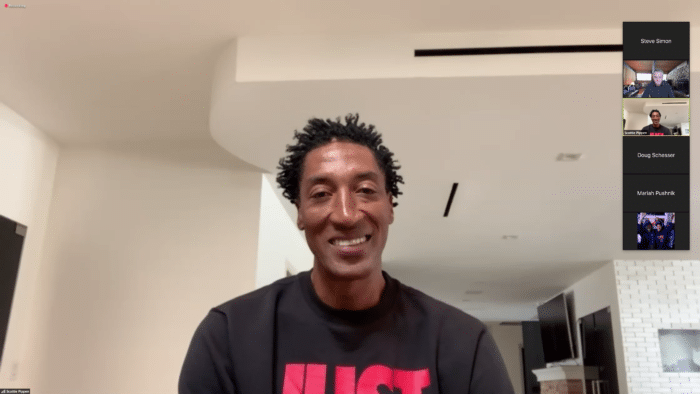