Hundreds of fans lined up early for an opportunity to meet baseball legend Pete Rose recently at the Franklin Sussex Automall to assist with the car dealer’s annual “Grand Slam” sales event. Prince Marketing Group brought in Rose for the day to shake hands and sign autographs with his passionate fans. The three-time batting champ received a loud ovation upon his arrival. The career of Rose included 4,256 hits and a batting average of .303. Additionally, Rose won three World Series Championships, was named the National League Most Valuable Player in 1973 and World Series MVP in 1975, the National League’s Silver Slugger in 1981. In addition, he was named a National League All-Star in 17 out of his 23 seasons. In addition to getting a signed glossy 8 x 10 of Rose provided by the dealership, fans took pictures with the former Reds, Phillies and Montreal Expo. One fan showed up accompanied by her two dogs that were adorned in Mets uniforms. Rose also took out his iPhone several times to show fans some videos of his grandson’s golf game. The general manager of the auto dealership said that “Pete Rose is probably one of the best baseball players who ever played in the game. To have an icon like that in our dealership for the day and to bring that to Sussex County is a pretty neat thing. He’s a wonderful guy who loves to talk and tell stories and everything. I think he’s great.” 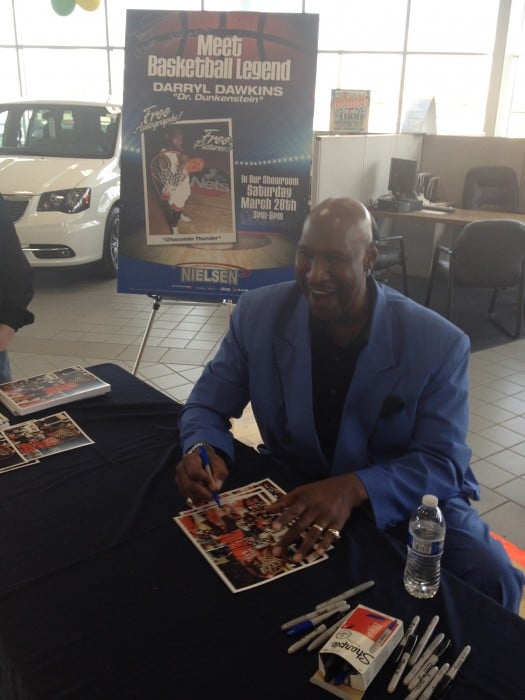