Royce Gracie is the son of the legendary Hélio Gracie who is the father figure of Brazilian Jiu Jitsu (BJJ) along with his brother Carlos Gracie. He was born in Rio de Janeiro, Brazil . Royce learned Brazilian Jiu-Jitsu from his father and his older brothers Rorion Gracie, Relson Gracie, and Rickson Gracie.

At the age of 17 he was a blue belt in Gracie Jiu Jitsu and was given the opportunity to move to the United States of America by his brother, Rorion Gracie, to help teach Brazilian Jiu-Jitsu from his garage. Royce jumped at the opportunity and moved to California even though he knew little English. Within a couple of years of moving to the United States Royce received his black belt in Brazilian Jiu-Jitsu.

At this time he was also involved in the now famous “Gracie Challenge” which was an open invitation and a challenge to all martial artists to see if they could defeat a Gracie in a no-rules fight – if anyone could then they would walk away with $100,000. No one ever defeated a Gracie, although many tried.

November 12, 1993 marked a massive change in the life of Royce Gracie after his brother, Rorion Gracie, devised the Ultimate Fighting Championship which would put fighters of various martial arts together to see who came out on top. There were 16 fighters with the like of Ken Shamrock who would take up the challenge. Royce Gracie, at less than 180 lbs., was chosen to represent Gracie Jiu Jitsu and showcase it to the world as a system that could defeat much larger opponents.

In his first professional fight Royce Gracie beat Art Jimmerson, once a top ten cruiserweight boxer. In his semi-final bout Royce Gracie gave away nearly 50lbs to Ken Shamrock who was a tough competitor and had proven ability. Royce won with a rear choke that forced the submission from Ken Shamrock. Royce was again outweighed in the final of the Ultimate Fighting Championship but still managed to beat the World Champion, Gerard Gordeau, again with a rear choke. This was the show that finally launched Royce Gracie and the Gracie Jiu Jitsu to the hot topic of every martial artist and fight fan around the world. Royce Gracie went on to the most distinguished mixed martial arts fighting career to date with wins in both the UFC and PRIDE fighting championships and Royce Gracie is the only person have ever fought and won 4 fights in 1 night.

Royce Gracie has taught Gracie Jiu Jitsu to many celebrities such as Guy Ritchie and Nicholas Cage as well as martial arts legend Chuck Norris as well as training law enforcement officers and the armed forces. He also host many seminars around the world still showcasing Gracie Jiu-Jitsu and its proven system of fighting. 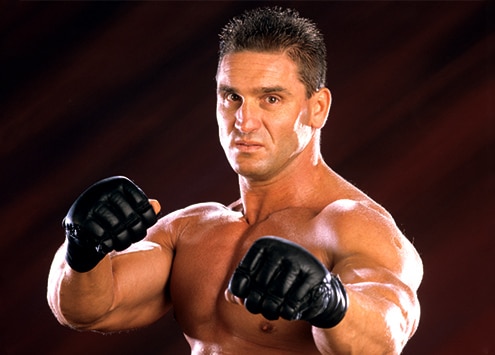