Horace Grant was born on July 4th 1965 in Augusta, Georgia to Grady Mae Grant, a housekeeper, and Harvey Lee Grant, a logger. Horace has an identical twin Harvey, an older sister Bernice, and a younger brother Herschel. Horace received a full ride scholarship to Clemson University in 1984 where he was the first player to receive Clemson’s ACC player of the year award in 1987. Also in 1987 he was named to the ACC’s 50th anniversary team, and in the same year he led the conference in points, field goal percentage, and rebounding. His freshman year he made two free throw shots to beat North Carolina State, the defending champions! In 2010 he was inducted into the South Carolina State Hall of Fame for his outstanding career at Clemson University.

Horace was drafted by the Chicago Bulls with the 10th overall pick of the 1987 NBA Draft. Standing at 6’10″ the power forward immediately teamed up with the fellow draft-day acquisition Scottie Pippen to form the Bulls’ forward tandem of the future. In 1989 he moved to the starting lineup and immediately became the Bulls’ main rebounder, and established himself as the Bulls’ third scoring option after Michael Jordan and Pippen, forming one of the best NBA trios in history. Noted for his defensive play, Horace was selected four times for the All-Defensive Team. While being coached by Phil Jackson he helped Chicago win three consecutive NBA championships (1990-91, 1991-92, and 1992-93). In the 1993 finals against the Phoenix Suns Horace blocked a shot against Kevin Johnson to secure the third consecutive championship. After Jordan’s first retirement following the 1992-93 season, Grant became the number two star behind Pippen, and helped the bulls push the Knicks to seven games in the second round playoff series before being eliminated.

In 1994 Horace was selected to play in the NBA All-Star game, posting four points and eight rebounds in 17 minutes. After posting career-bests in scoring (15.1ppg), rebounding (11.0 rpg), and assists (3.4apg), he left the Bulls as a free agent and joined the Orlando Magic, led by Shaquille O’Neal and Penny Hardaway. On May 5, 1995, Grant made the final basket in Boston Garden in Orlando’s series clinching victory over Boston Celtics. He spent 5 years with the Magic before being traded to the Seattle Super Sonics just before the start of the 1999-2000 season.

After spending one year with the Sonics Horace was part of a 3 way trade which placed him with the defending champion Lakers and back under the coaching of Phil Jackson. He helped them win another NBA Championship in 2000-2001, this being his 4th NBA championship! In the off season Grant chose to leave the Lakers for another season with the Orlando Magic only to have the season cut sort for him due to conflict with the coach, Doc Rivers.

In 2010 Horace was approached by the NBA to be an ambassador, traveling the world to represent the NBA. Since accepting this amazing job he has been to Africa, Turkey, Spain, Qatar, Philippines, and China. He also plays in exhibition games in China with many other NBA legends. Horace might say that he is just as busy now as when he was playing, along with his travels Horace offers a wide variety of personal training, group training and motivational speaking. 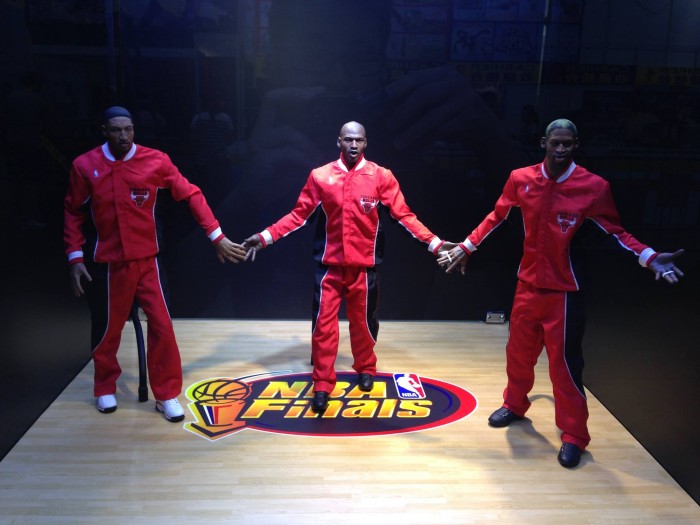